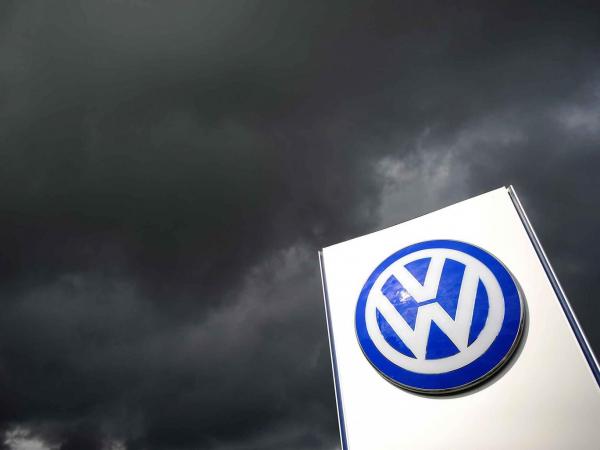 « VolksWagen Gate » later renamed « Diesel Gate » is having worldwide impact. It firstly only concerned 2.0 TDI engines sold in US and then extended to other engine types sold across Europe getting shares down by 40% within few days only. And everyone wonders … What really happened?

It’s all about money, ahead of ecology. In order to reduce greenhouse gas emissions (CO(1), CO2(2), HC(3), Particles(4) and mostly NOx(5)) European Union forces manufacturers to get compliant with established ecological standards. Everyone has heard about European emission standards also known as “EURO standards” that cap motor vehicles green gas emissions; latest one being the EURO6 standard applied in 2014 and set effective since September 2015. Each and every released standard comes along with a bunch of strict emissions reductions regulations to the extent that manufacturers are now facing though challenges in order to deliver compliant but still high-performing vehicles. Some of those major actors did not find any alternative but to try and cheat to keep competitive.

Manufacturers are facing several challenges. In order to produce compliant engine loads of money need to be invested in R&D.

Consequently problem can be engaged either like Mazda by adjusting engine compression rate while optimizing EGR (Exhaust Gas Recirculation : Getting exhaust gas back into the intake system in order to get burnt once more) working rate, or as most manufacturers, by adding filter (SCR: Selective Catalytic Reduction) used to trap NOx next to the particle filter. Such filter would engender a direct cost of 500€ to 1000€ to be added to development costs. Additional expenditures can therefore not be avoided and will be hardly born on small car models.

Consumption is another significant challenge. With regard to diesel engine low emission solutions engender greater consumption and there is no alternative.

Shortly, Diesel engines are overfed with air, this theoretically implies that much air can be injected compared to fuel quantity; which is called a lean mixture. Lean mixture potentially delivers higher efficiency (less consumption for equivalent power) however NOx and particles rates (amongst other) radically expand.To comply with European standards manufacturers have got to favor homogenous and balanced mixture in order to limit quantity of those greenhouse effect gas. That’s not all: To comply with emissions standards many vehicles feature particles filter (FAP in French); such filter generally uses post-injection system (fuel injection post combustion) aiming at increasing exhaust temperature and therefore engenders a so-called re-generation (draining particle filter at high temperature), occurring each 800km. Such post injection increases indeed global vehicle consumption. In order to restrain emissions and consumption rates manufacturers have no other choice than to limit engine performances de facto reducing fuel and of course gas quantity resulting from the combustion.

But big issue for manufacturers is that everyone talks (too much?) about CO2 directly related to consumption whilst only few consider NOx which actually is the core problem of diesel engines with regard to fine particles. Unfortunately as fiscal laws were drawn upon CO2 emissions manufacturers have no other choice than to focus on restraining consumption. Consequently in the aim to reach customers’ demand car producers need to achieve decently powerful engines that meet standards and have low consumption.

And this is the real challenge. VAG group requested from engineer to achieve what looks rationally unrealistic: Producing an on-budget engine (preventing addition of other filters), having low consumption, decent performances and still being able to pass EURO standards tests.

Being unable to achieve such challenge within allocated times engineers ended up taking (wrong) decision by introducing emissions tests detection software. Vehicles would automatically detect when being put at test and would consequently enable low emission “mode” and ensure compliant results. On top of that, software was upgraded along with new Standards coming in. Unfortunately researchers surprisingly noticed that emissions figures observed off tests were significantly higher, and, facing VAG refusal to cooperate they pushed US authorities to initiate investigations resulting in today’s so called “diesel gate”.

So, what will happen ?

VAG is now constrained by the EU to get all vehicles back in line. This involves new vehicles as well as circulating vehicles. The so-called “cheating software” is not to be suppressed as it does not go active in usual driving situations; VAG is rather proposing processing unit updates that would now meet EURO standards, no tricks, they promised. As described by the engineer above, manufacturers will, more than ever, face such triangular correlation between consumption, gas emissions and power. Following proposed updates two impacts can be expected: vehicles will undeniably either consume more or lack power. Eventually update will be mandatory leading uncompliant vehicle owners to be subjects to fines.

Reminder: “EURO5 vehicles” are solely concerned by the “cheating software”. Consequently EURO5 cars awaiting delivery will be replaced straight-away and free of charge, according to the press, by EURO6 engines on which no fraud software was installed

Only 1.2 TDI CR, 1.6 TDI CR and 2.0 TDI CR Euro5 are impacted. 1.2 TDI and 2.0 TDI engines only require electronic update of the processing unit whilst 1.6 TDI requires replacement of the particle filter and perhaps injection system (to be confirmed). This could be quite interesting as those two items were problematic since the engine got out on the market. It could therefore be taken is an opportunity for engine processing units to benefit from the free of charge components replacement.

EDIT (Nov 11th 2015): VAG found a way to replace one component only ahead of the air flowmeter; the component would limit swirl effect implying more precise measurement at intake level. Such substitution coupled with electronic update would satisfy EURO Standards. Updates will take place during 2016.

My vehicle was chip tuned by ShifTech, What shall I do ?

As soon as update is made by your dealer you can contact your Shifech center and we will, based on the new update, develop a new adapted and free of charge optimization program.

VAG have played and lost. Despite the fact that ecological impact was minor it is the act of cheating which is held against VAG. This is having dramatic consequences for the group as it is penalized by Europe imposing updates, by some countries imposing boycotts, and by globally high fines. Occurring right when VAG got 1st worldwide manufacturer group, is this really a coincidence? Anyway one can bet other manufacturers must have had recourse to same kind of cheating techniques to pass EURO tests when we look at global emissions rates measured on road tests. We oddly haven’t heard anything so far, but wait for it …

Should you have any further wonder Shiftech remains at your disposal for any question you may have.

Do not hesitate to surf our Shiftech.eu website and particularly “news” section or contact us for more information on the topic.

(5): NOx: The gas acts in atmosphere as to form azote dioxide causing respiratory troubles and headaches and is actively taking part in “smog” creation. Close to 50% of NOx come from land transports.