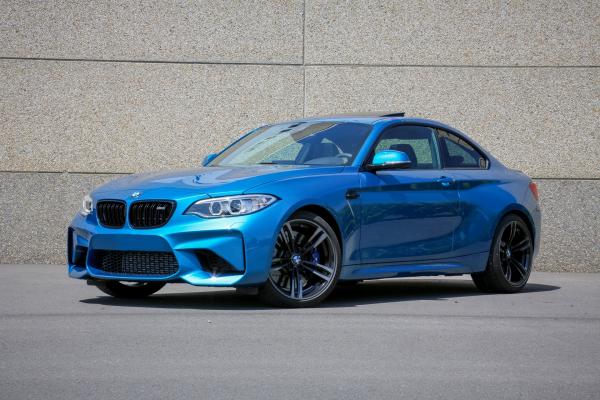 Months ago we wrote an article over the comparison between the new M2 and M235i. Prematurely written it was regrettably published before we’ve had the opportunity to test the new Bavarian coupé; Firstly on circuit upon invite from BMW Driving Experience (who we warmly thank) and secondly through our engine optimization process as described here below. One can obviously realize to which extend this M2 is a pure M car, closer to the M4 rather than the M235i, when getting behind the wheel – Shame on us (*see previous article). It mainly is the power train picked from the M4 which makes the whole difference. Car and road both feel like one. Benefiting from its shortened wheelbase the car positions itself better than the M4. Front-end gets more grip and entirely sticks to the ground which enables decent corner speeds.

When drifting the M2 is less of a treater than the M4 returning what feels like racket slaps that might get lambda drivers really uncomfortable.

In short, looking at the car’s behavior, BMW rose the bar as much as the M2 is nothing to compare with the M235i anymore. Moreover it does surpass the M4 for some characteristics especially in regard to its agility.

Looking at the performances, through our optimization process, Shiftech obtained 401hp and 615Nm (deliberately limited). Those performances get good boost while holding perfect control on the chassis level.

Our engineer talks about the M2 :

Intercooler: “M2’s main handicap. Like the 1M, the new M2 inherited the M235i’s intercooler which was nothing great particularly after chip tuning. As soon as we got to know the intercooler was picked from the M235i wonder was on how, based on the very same engine (N55), they could get 370hp out of the car while limiting overheat. First dynamometer session revealed 385hp and strengthened my opinion; 61°c intake air temperature on dynamo session on an original vehicle is 4 times higher than the Ford Focus MKIII previously tested. After optimization we barely reach 400hp coupled with a high 77°c intake air temperature. It is obviously recommended to replace such intercooler unless boost reduction increases upon each acceleration. “

Exhaust: “Vehicle is equipped with the latest exhaust system developed together with Akrapovic. Sound is well worked out, thrilling, husky, as much as it rings out much better than the M4’s sound being artificially tinny.

Looking at the exhaust air temperature, reliable values of 850°c are preserved although Wagner sport catalyst could bring up a significant bonus.”

Turbo: “Turbo is different from the M235i but it can hardly be that contrasting according to me. Which is why choice was made on keeping steady boost pressure of 1.1 bar all along the engine speed range. For non-experts, that would help on having satisfactory ignition and hold intake air temperature at the lowest.”

“Although the DKG box can easily receive more than 700Nm, I am not quite sure turbo enjoys being pushed that far. Should any motorist read these lines, please give it a try!”

Ignition: “Ignition is often considered together with intake air temperature; therefore as high as the intercooler temperature is, as much will advanced ignition be adjusted. As a comparison, while an M235i running 98 octane can reach 12 to 13° ignition when featuring a Wagner intercooler, we are here facing a limited 7.5° when, over 5000rpm, adjustments get in bringing ignition down to 5° whereas this factor was reduced by engine mapping. Here again running 98 octane fuel is obviously essential.”

Mixture: “As frequently observed on original mapping, mixture is generally quite lean as long as a certain temperature threshold is not reached; passing this threshold gets the mixture very rich. Our intention is therefore to enrich base mixture and impoverish it afterwards in order to restrain temperature delta.”

Vmax: “Original speed limit is set to 250km/h and up to 270km/h when featuring M Driver Pack. But Shiftech does not make any distinction since including the M Pack or not, the car will reach 300km/h following our optimization program (as illustrated here below - safely tested on dynamo).” 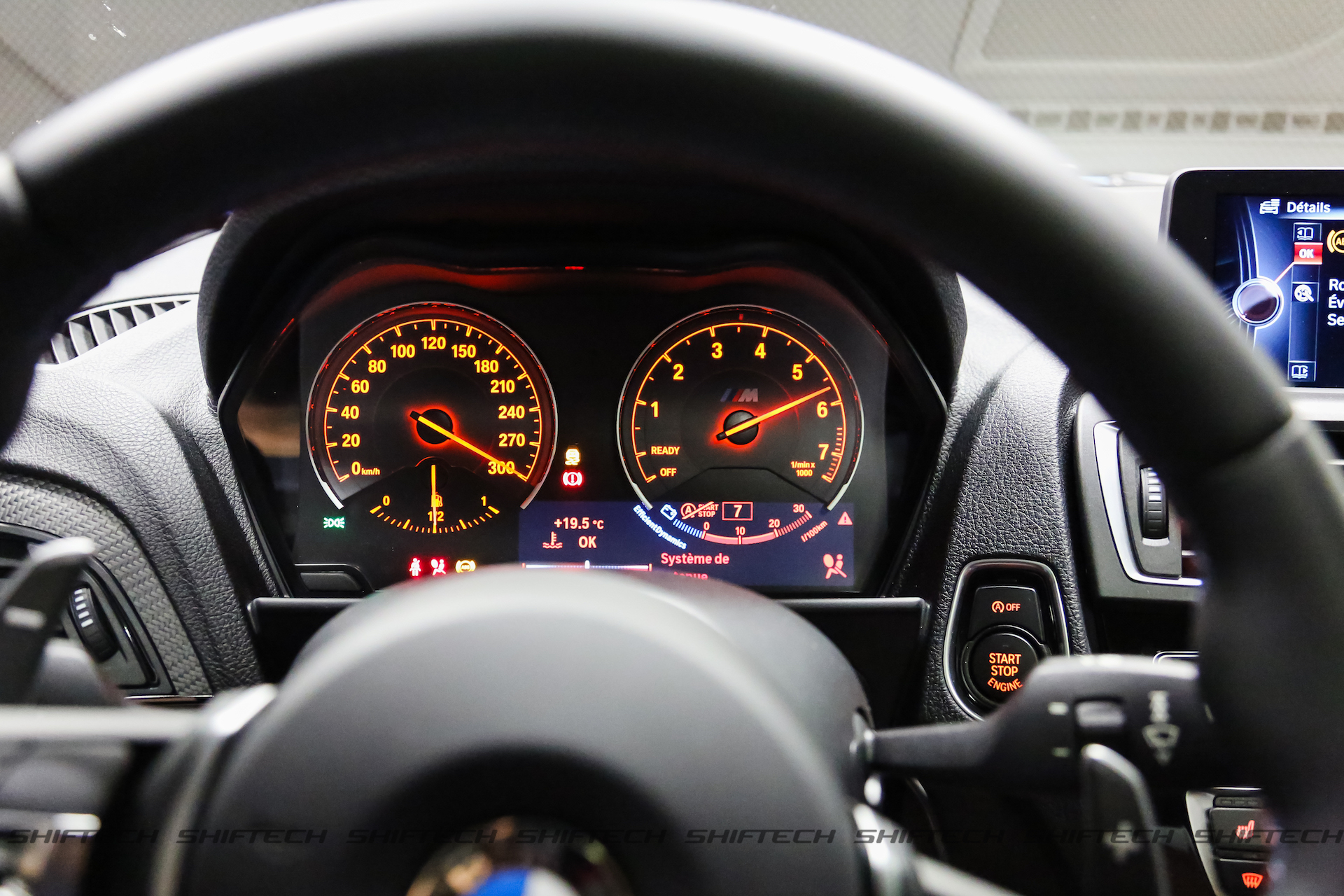 Special feature: “In order to wholeheartedly enjoy the M2 we appended the “Pop and Bang” effect; those crackling exhaust sounds blasting when downshifting or taking the foot off the pedal that we love so much. Tested and approved with the M2 performance exhaust – Amazing!”

This is the second conclusion we draw about that speedster– Needless to tell how thrilled we were when it got introduced by BMW. Following our review we can only admit we are awed. M2 and M235i lines are incomparable due to the power train picked from the M4 that enlarges the M2. The car’s look and behavior are thrilling; such balanced and sound driving style together with its power fully gripped to the ground are a real delight. Only frustration is the intercooler size which restrict performances down to 400hp whilst we reached about 420-430hp with the M235i after optimization with an intercooler.

Should you buy the M2 ? Hard to say. Rarity of this model gets prices soar although the production, unlike the 1M, is not limited. Even second hands prices remain significantly high due to the slow delivery of produced cars. Should you possess highly trained patience skills, you can order the M2 now and get delivered by next year. However be aware that discount is a utopia.

Right now, mitigating solution would be to turn towards the M3 Sedan or M4 coupé series getting more reachable as prices are coming close to the M2. Water intercooler, wrapped seats, and other unavailable option on the M2 might convince you to turn towards “higher level” models as the M3 and M4. Nevertheless, should you feel like waiting, you could access the exclusivity and pleasure of driving a M2.