FLASH OFFER - Due to a cancellation in our center in Luxembourg, get 15% discount if you take the appointment ! 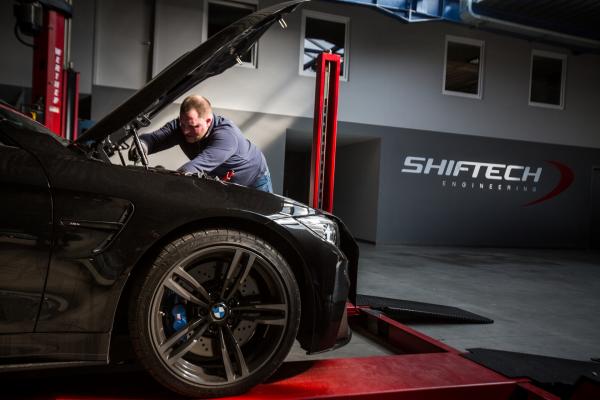 Should you have a strong interest in motor sport or, by mischance, did you already meet problems with your vehicle, you might be familiar with terms “EGR valve” and “Particle filter”.

As you may know Manufacturers were compelled to equip recent vehicles with anti-pollution systems. Let’s have a look at this chronology.

Catalytic converter was born with EURO1 Standard. It is made up of a Honeycomb structure to help creating chemical reaction and is divided in two parts: Reduction part and oxidization part.Reduction part turns NOx into N2 (nitrogen) and O2, both harmless gas.O2 will then react with the rest of the gas as CH and CO in order to form CO2 and H2O, which is called oxidization part.

It is however necessary to precisely measure oxygen quantity in order to obtain a perfect combustion.  As diesel engine are overfed with air they do not possess an oxidization part. It is therefore pretty hard to limit NOx.

Customers regularly want to get rid of the catalytic converter to free up some more power. At first: Catalytic converter suppression is allowed for vehicles exclusively dedicated to run on race tracks. It also enables an exhaust temperature reduction. According to original size of the converter removal would free up more or less power. For equal temperature this would help increase pressure or ignition, but in facts maximum gain reaches around 1 to 5%.

In order to meet EURO2 Standard, NOx were to be limited. That was the aim of EGR valve. Principle is simple: Some of the exhaust gas are caught at part load, cooled down and re-injected together with intake air. This gets emissions down by two means: there would be less oxygen to react with nitrogen and also, this hotter mixture increases necessary energy to reach same temperature. Lower temperature in the combustion chamber decreases NOx production.

Customers regularly request to get rid of the EGR valve without really knowing how it works. EGR valve only works at part load meaning when driver does not push 100% on the accelerator. When pushing down the pedal 100% valve is closing to get only fresh air. As mentioned above EGR valve’s aim is to limit NOx but also to cool down combustion chamber temperature as well as exhaust temperature. Removing EGR valve on a recent engine would increase temperature and limit particle filter’s duration.

EURO3 standard arrival pushed manufacturers to mainly work out the EGR valve limiting NOx particle as well as other polluting gas as CO and HC.

Particle filter came along with EURO4 and EURO5 Standards and is used to reduce particles emissions. It is actually a filter made up of small holes catching bigger particles. The filter can eventually get stuck generating additional pressure that could damage the engine. And this is why it is necessary to clear out the filter when it reaches certain amount of filling. Filling level is detected by differential pressure probes. Regeneration in order to clean the filter will be necessary. Such regeneration usually happens through fuel injection that will burn present particles. It therefore engenders a higher fuel consumption.

Customers regularly request removal or the particle filter. Although legally forbidden, some vehicles really suffer of recurring problems. Removal is quite understandable. However some individuals would think filter’s removal would increase performances and thus want it withdrawn. Removal would definitely not increase injection duration (being often a power limiting factor) but would only limit counter pressure and de facto exhaust temperature. Only gain to be reached would be a consumption decrease by killing regeneration.

Selective Catalytic Reduction (SCR) is another way of reducing exhaust gas emissions. Such process came out in order to meet modern EURO5 and EURO6 standards. As EGR Valve fights NOx creation SCR takes NOx out of exhaust gas. Additional material called reducing agent (e.g.: urea or ammonia) gets injected into exhaust gas. Such material and NOx meet and react at the catalytic surface where they form harmless compounds (N2, H2O). In order to get this technology working, additional Adblue tank is required.